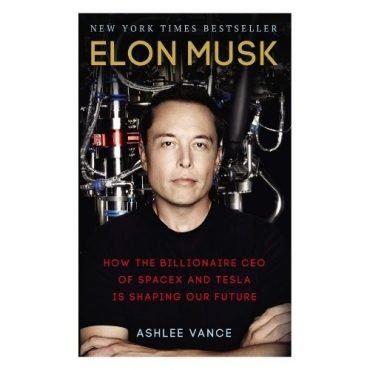 There are few industrialists in history who could match Elon Musk’s relentless drive and ingenious vision.

There are few industrialists in history who could match Elon Musk’s relentless drive and ingenious vision.

A modern alloy of Thomas Edison, Henry Ford, Howard Hughes, and Steve Jobs, Musk is the man behind PayPal, Tesla Motors, SpaceX, and SolarCity, each of which has sent shock waves throughout American business and industry. More than any other executive today, Musk has dedicated his energies and his own vast fortune to inventing a future that is as rich and far-reaching as a science fiction fantasy.

In this lively, investigative account, veteran technology journalist Ashlee Vance offers an unprecedented look into the remarkable life and times of Silicon Valley’s most audacious businessman. Written with exclusive access to Musk, his family, and his friends, the book traces his journey from his difficult upbringing in South Africa to his ascent to the pinnacle of the global business world.

Vance spent more than fifty hours in conversation with Musk and interviewed close to three hundred people to tell the tumultuous stories of Musk’s world-changing companies and to paint a portrait of a complex man who has renewed American industry and sparked new levels of innovation–all while making plenty of enemies along the way.