The Space Tester shares best quotes on outer space and space exploration, the beauty of our universe, the Moon, Mars and planet Earth itself.

The Space Tester welcomes you to our first article with some of the best quotes on outer space and space exploration, the beauty of our universe, the Moon, Mars and planet Earth itself.

I’ve handpicked each of the space quotes below and added in my favourite famous astronaut quotes, as well as quotes about space exploration from the world’s best novelists, teachers, engineers, actors, science communicators, screenwriters, entrepreneurs and inspirational speakers.

Make sure to read towards the end, we I’ve included the best space movie quotes from Lost in Space, Interstellar, The Martian, Apollo 13, First Man and (my favourite) Hidden Figures.

Let me know what your favourite space quote from the list below is and if you’d be interested in separate articles featuring the top space movie quotes.

Did you think that the skills astronauts have are just applicable in space? Think again!

You might not realise it, but we can all benefit from the skills astronauts have trained so long and hard to develop – to use them in our lives on earth every single day. Wondering how? CLICK to read more about all the different skills all astronauts (and regular humans) should develop.

[US Astronaut and Physicist. First US Woman in Space]

LEARN HOW TO BECOME AN ASTRONAUT

MasterClass is an online class where you can take workshops from the world’s greatest thinkers in their own specialties. With this course, Canadian astronaut Chris Hadfield will teach you what it takes to explore space and what the future holds for those looking to push boundaries.

Learn about the science of space travel, life as an astronaut and how flying in space will forever change the way you think about life on Earth.

GET TO KNOW MORE 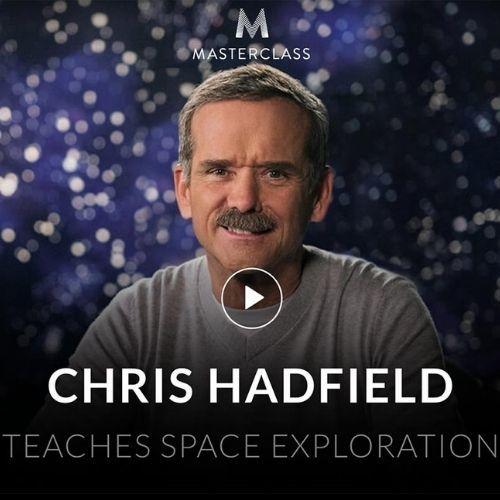 [US Astronaut & Aeronautical Engineer. First Person to Walk on the Moon]

[US Engineer & Astronaut. Second Person to Walk on the Moon]

From mars and lunar landscapes to visiting space centers, observatories and science museums around the world – there is an incredible amount about space to be found right here on earth.

The Space Tester shows you the best destinations for space lovers where you can experience the Space Lifestyle yourself.

I’ve set myself the goal to find – and complete – 100 of the world’s top space experiences.

Ranging from activities that help train your astronaut skills, to visiting amazing space centers, observatories and planetariums, but also discovering moon landscapes and visiting the best archaeo-astronomical and stargazing sites and events.

INSPIRATIONAL QUOTES ABOUT SPACE AND STARS

I hope you enjoyed all these quotes on space travel! Do you have a good one to add to the list? Let me know in the comments below.

Shopping for your geek friends or family members can be hard if you don’t know much about space, science or tech yourself. That is why The Space Tester has compiled the ultimate list of gift ideas for you.

This site uses Akismet to reduce spam. Learn how your comment data is processed.

THE TRAVEL TESTER
THE LONDON TESTER